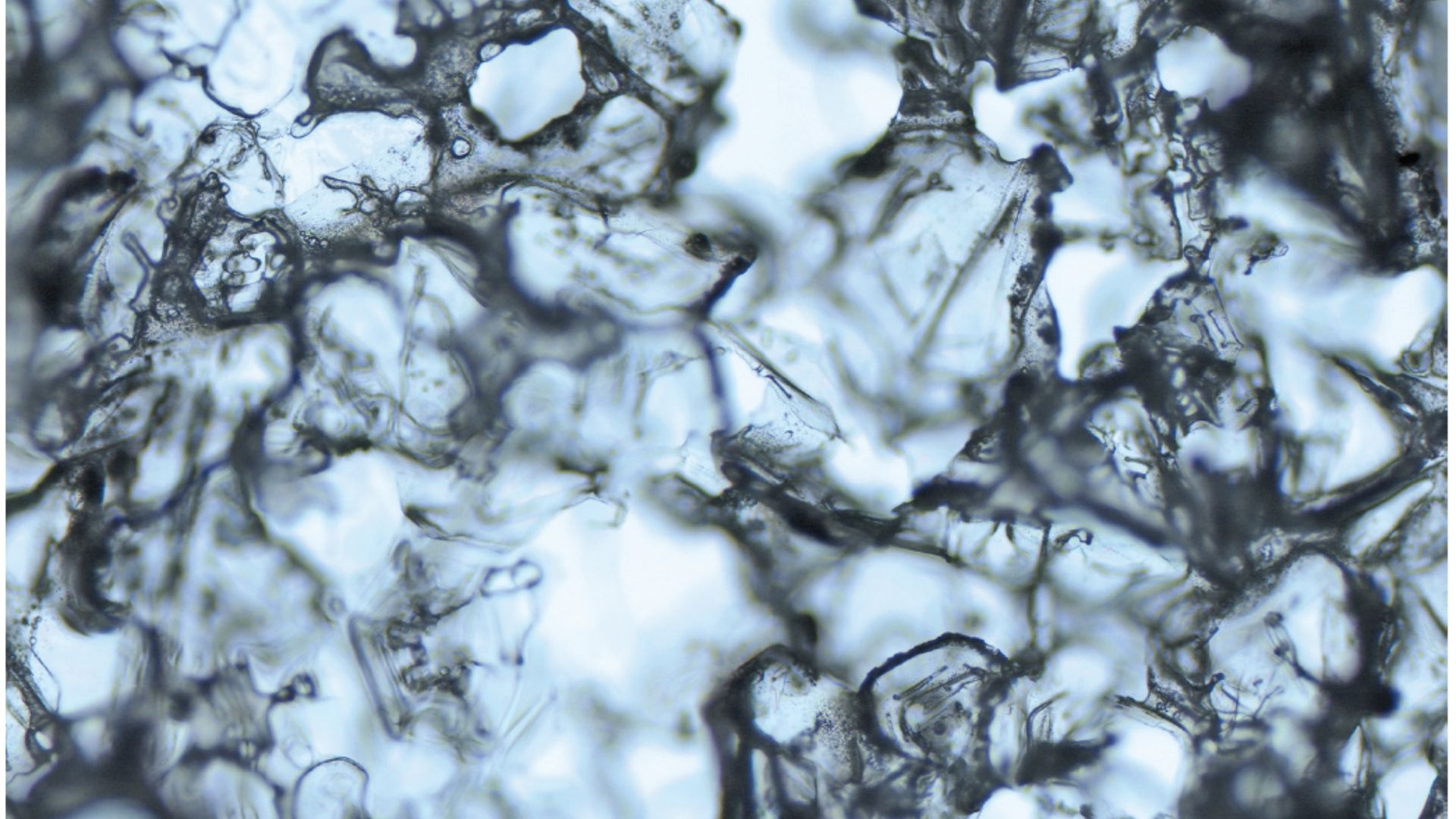 In English and French

This exhibit is composed from high-resolution scans of formvar replicas of snow crystals captured during the Swiss Antarctic Circumnavigation Expedition (ACE). From the scientific perspective, they give us a unique, revolutionary insight into the nature of snow crystals.

This is the first time that a dataset has added a third dimension to the photography of snowflakes. The aim of the art project "From Other Spheres" is to present these snow crystals as living beings, microorganisms, entire universes or small galaxies reflecting their significance for the cryosphere, the climate and thus for our daily lives.

Historically, Wilson Bentley succeeded in taking the first photograph an of an isolated snow crystal in 1885. Even today, snow researchers are still amazed by his work his photographs defining the popular concept of what a snowflake is. "He did such a good job that for a hundred years hardly anyone bothered to photograph snowflakes," says physicist Kenneth Libbrecht of the California Institute of Technology, a 21th century figure who has shaped our perception of snow crystals and thus contributed to the decoding of snow crystals  and the study of crystal growth in general. Vincent J. Schaefer pioneered in the early 20th century the preservation of snow crystals using formvar resin, the method employed by ACE scientists: the methodology was adapted for Antarctic conditions by Katherine Leonard with snow crystals collected during the ACE expedition by Irina Gorodetskaya and colleagues. These crystals have now been digitized in 3D, allowing detailed scientific analysis as well as the current artistic presentation.

As an artist I believe that these new images of snow crystals having the abilities to give us a different, new view on snow. It is time for a new aesthetic of snow, more than a decade after Bentley presented us with his look at snow crystals – a different point of view in snow crystal photography. This contemporary position aims to introduce the viewer to contemporary issues such as snow crystals and the cryosphere in the climate crisis. ACE scientists collected their samples in Antarctica in 2017, the warmest summer on record locally to that date. Bentley collected his samples in perfect freezing conditions and Libbrecht grew his samples in the lab.

It is necessary that we turn our gaze to something that we have thought we knew how it looks like for centuries - snow.